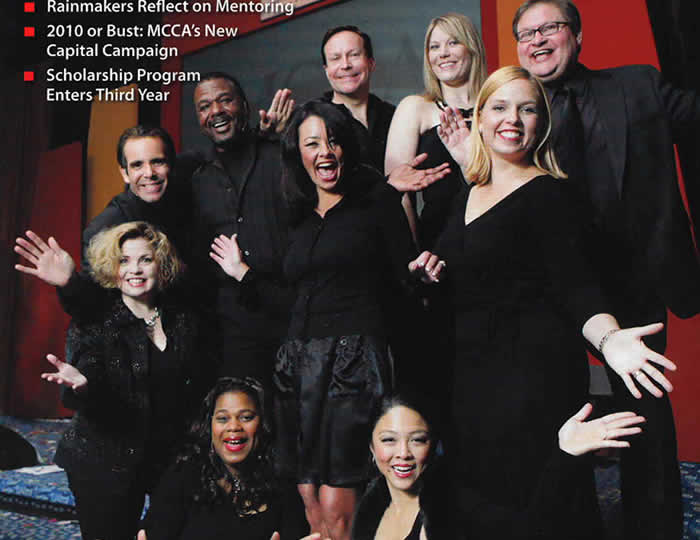 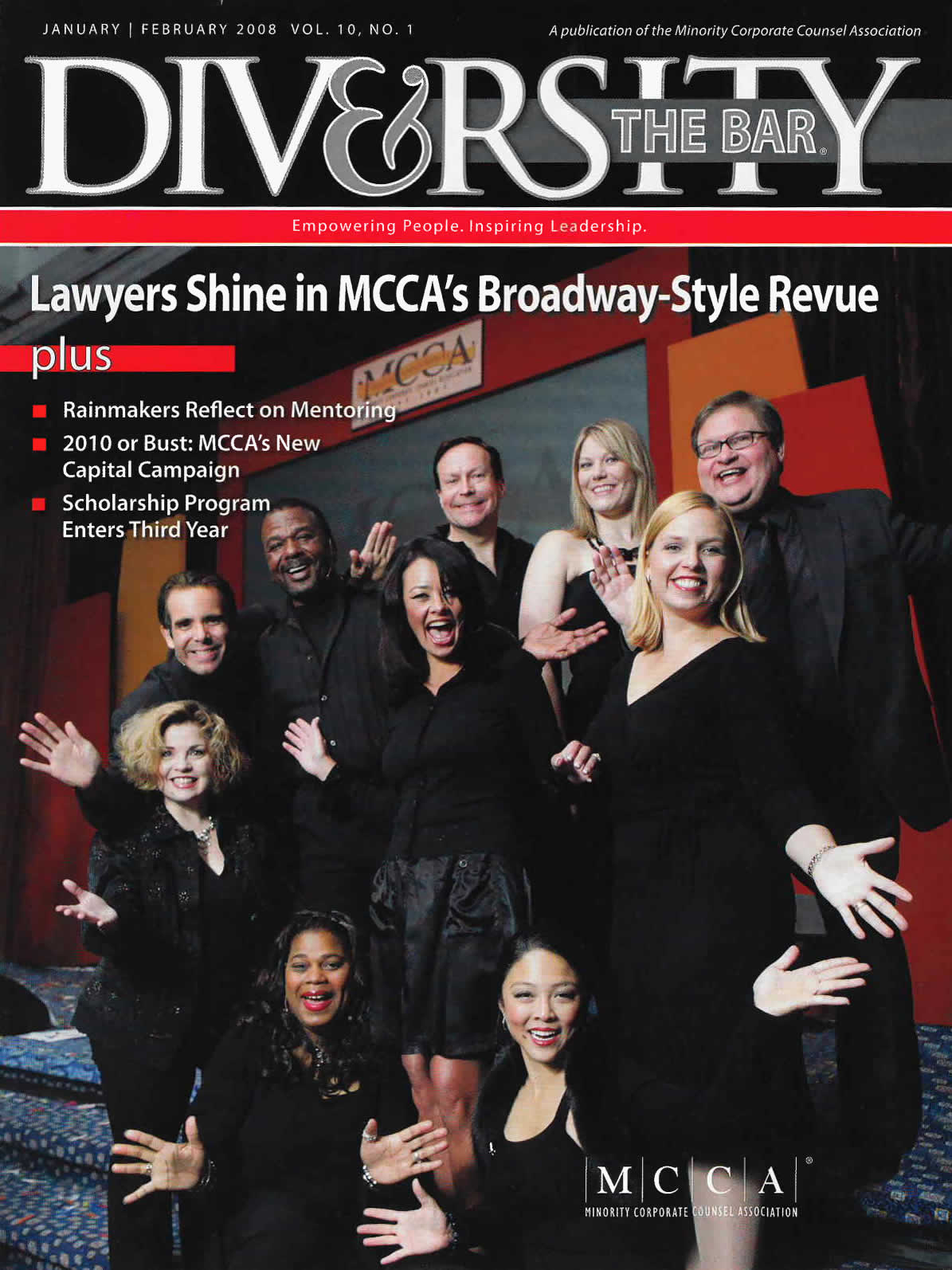 Baker Wotring lawyers joined with the Minority Corporate Counsel Association on New York City’s Times Square to perform “MCCA on Broadway,” a musical journey that outlined the progress of diversity in the legal profession over 15 years for an audience of more than 1,100 lawyers.  They were joined on-stage by corporate diversity sponsors from DuPont, Xerox, Intel, Wal-Mart and Pitney Bowes.  Their Broadway performance was featured on the cover of MCCA’s magazine, Diversity & The Bar.